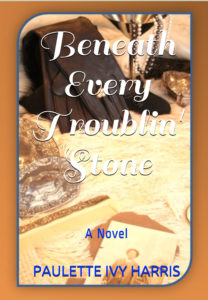 At daybreak the skies cleared and introduced a colorful, sunlit October day, but despite all her praying for the nightmare to end, her mother remained dead. Madam Tulley was age eight when her mother, the person she loved most in the world, was lowered into the ground that afternoon. This horrid event was the onset of her spiritual defiance.

From then on, Madam struggled to have a heart after God’s, and she had not reconciled her anger at the Lord for taking away her mother. Her flawed perceptions, not God, determined where she would cast her heart and her plans. As the years passed, some of the “troublestones” among the briers that line life’s way became too attractive for her to ignore.

Madam was a proud, first-generation, freeborn African American. Named after her father, she was born Bernice Silverson in Charleston, South Carolina in 1885. However, she grew up in Savannah, Georgia. In those days, it was polite to call her Negro or colored. At birth, she was shackled by an inextricable “bag of burdens” that contained an inheritance of troublestones, the largest being the huge “rock of racism” she shouldered with other African Americans. Every day she walked on pebbles chipped from that rock and, as exasperating and painful as the pebbles were, they couldn’t be shaken out of her shoes. “Painful shoes” kept her ever mindful of her inferior status in early twentieth-century American society.

She had teased and tempted fate, and on this July night in 1932, fate stood up to challenge her. Madam felt she had been yanked a hundred years backward into human bondage as she clinched her eyes and turned her back to long eerie shadows that sought to envelop her. With fingers pressed against her ears, she quieted strange far-off noises and hunkered in the corner of her bed pushed against an austere wall. Madam was unwilling to accept or comprehend the straw she had drawn at that point in her life-journey. In her own dark silence, she rummaged through her thoughts. She turned away from broken dreams suppressed, disappointments endured, and from images of lost loves unparalleled. She longed for rosier times, but fresh anger and resentment crushed any charitable thoughts she had left. And, Madam expected no consolation from her spirit petitioning peace from their Maker. She no longer consulted her spirit for such needs.

Her mind continued to sift through bits and pieces of bar and boardinghouse scenes of the establishment she owned. Two evenings ago, the bar had roared with jazz music and merriment. She had found new purpose, and bright promise had emerged over the horizon. But, processed and stripped of her pride, Madam fought to reconcile that hopeful future with her present reality inside an old, dingy prison cell.

Madam’s traumatic arrest looped in her head and inflamed her. She denied the troublestones she had chosen to carry from her life-journey in defiance of her good conscience. The troublestones of self-reliance, self-fulfillment, and self-indulgence that she retrieved from the briers are what pulled her down the godless path which ended in conflict with the law.